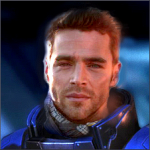 Hi, welcome to Dungeons and Dragons Wiki! Thanks for your edit to the User:Jay Freedman page.

What up peoples. I have decided to move a few of my articles here. Given the high reputation of the founding members of this fine community, I hope they don't mind. Anyway, its good to be back around level-headed folk again. Peace. --Jay Freedman 03:04, September 4, 2009 (UTC)

No, I didn't mean anything by it because it's really not a big deal, but I did want to draw your attention to the fact that straight swaps don't work (although I think Surgo has a bot that does it if you wait long enough). -- Jota 22:35, September 24, 2009 (UTC)

Placed most of my contributions up for adoption. If nobody wants em' then you have my permission to just delete them too. Trash is trash. lol. --Jay Freedman 21:10, February 25, 2010 (UTC)

I lost the concept designs awhile back. I get a concept first then build the mechanics later. Its tough to fix these articles when I forgot where they were suppose to be going. And, that starts to show pretty quickly. I had hoped someone could take the articles and run with them. Where ever they end up is better than where they are now.

After working on the Hybrid Elite Warrior class for months and hours, I began to really realize what kind of investment must be given to an article before she really starts to shine. Its not fair to the wiki to just give up half-way. I saw Adoption or Deletion as the best choice. --Jay Freedman 23:20, February 25, 2010 (UTC)

Fair enough. Adopt/Stealing the Gray Guardian and Kingsguard then (and will probably update them into Tome of Prowess pieces). Feel free to critique any changes I make ;-) - TarkisFlux 23:55, February 25, 2010 (UTC)

Retrieved from "https://dungeons.fandom.com/wiki/User_talk:Jay_Freedman?oldid=53635"
Community content is available under CC-BY-SA unless otherwise noted.