What's on your mind?

I’ve never played DND before but I wish to, I even have a character! 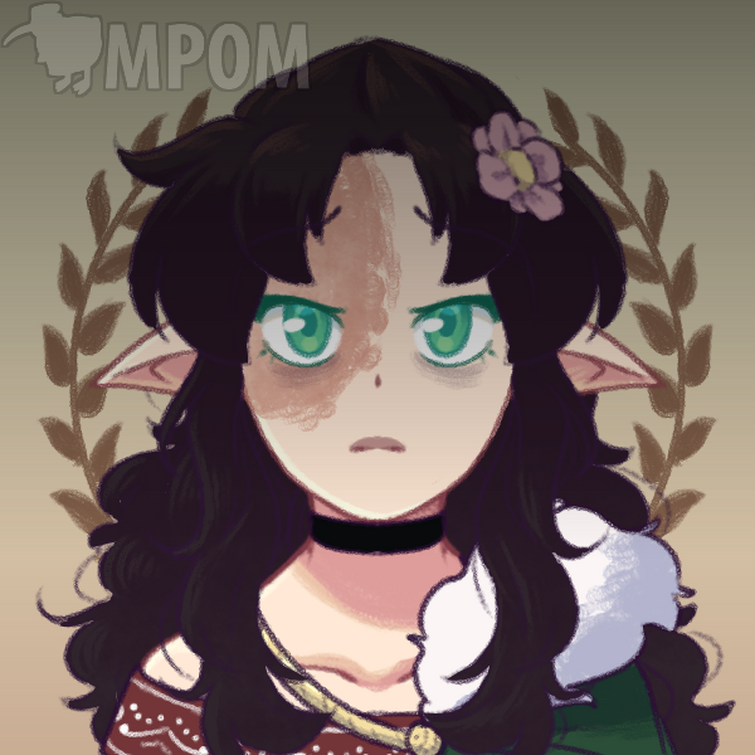 Theme Song: Set Fire to the Rain by Adele

Backstory: Serenity came from a small village of elves when she learned how to use magic, she was a big target for hunters. The hunters came and attacked the village. Serenity tried to stop it but she made it worse. Magic fire spread everywhere while she looked around in fright and ran away. She swore herself that she’d never use magic again.

Mine is definitely dearns instant fortress. So many ways it could be used. You could use it as a place to rest in, or you could throw it into a group of gnolls,say it's word and the tower forms and they all take 10d10 bludgeoning dmg

I noticed that four of my d20s match the UNO colors.

So I started brainstorming ideas for a D&D UNO! themed deck, similar to how the Ubisoft UNO DLC Decks add in new action cards to shake things up a bit, this Dungeons and Dragons UNO! deck idea is more than a theme to add imagery to the cards.

So yea, D&D UNO! gives players the standard rules, plus each player gets a d20 (one red, one blue, one green, and one yellow), and there are some new cards added to the deck, and a new rule.

THE NEW RULE - "WILD ROLLS" - Whenever a Wild Card of any kind is played, the player no longer selects what new color will be. Instead, all four players will roll their d20s. Whichever d20 rolled the highest will become the new color for the pile. So if the player with the red d20 rolled the highest, the color shifts to red and the turn rotates to the next player in line.

Let chaos follow suit as players have less choice in what cards they can strategically play.

NEW ACTION CARD No.1 - "PETTY SACRIFICE" - Play this card to grant you the ability to discard one more of your cards and place it at the bottom of the pile; essentially this card acts as a Draw -2, allowing you to rid your hand of two cards in a single turn rather than one.

NEW ACTION CARD No.2 - "COUNTER ACTION" - If a player lays a Draw 2 or a Wild Draw 4 onto you and this card is in your hand, you can make a risky move. Challenge the player and the both of you will roll your dice. The one who rolls lower is the one who has to draw the cards instead, so if you successfully countered, you get to play your turn as normal while the person who wanted you to draw now is the one to draw cards instead!

NEW ACTION CARD No.3 - "DODGE ACTION" - The player before you has placed a Draw 2, a Draw 4, or a Skip card. But with this card in your hand, you can instead "dodge" this attack and have it land on the next person in the rotation. If Draw2/Draw4 stacking is allowed in the match, this dodge can be avoided by the person placing a Draw2/Draw4 in order to make the 4th player in the rotation Draw4/Draw8 instead.

NEW ACTION CARD No.4 - "PICKPOCKET" - When played, all other players have to roll their dice. Whoever rolled the lowest is the one that you get to choose to steal a card from and make it your own. YOU DO NOT GET TO SEE THE TARGET PLAYER'S HAND SO THE PICK IS RANDOM. However this move is a bit risky as it can end up with the player having the lowest dice roll having only one card to begin with, meaning that even though this other player would be normally unable to play their card (they have a blue but the pile color is currently yellow), you accidentally let them win the round.

NEW WILD CARD No.1 - "DECK OF MANY THINGS" - Once all players have rolled their dice and the color has been changed to match the color of the one that did the highest roll, the player who rolled the lowest number has to draw two cards from the deck. This is somewhat of a risky card however, as it can backfire and cause the person who played it to be the one to draw two cards as they may be the one to roll the lowest.

NEW WILD CARD No.2 - "WILD D20" - A trap card! Whoever draws the Wild d20 from the deck is forced to play it. All players roll their dice to determine the new color to be. Then all players must draw 5 cards from the deck (resulting in 20 cards drawn for a standard four player match).

If a player manages to roll a Nat20 with their dice, they get to choose only one player to draw five cards while all others get off scott free, and whoever rolled the Nat20 gets to play a card from their hand to the pile. This action does not skip turns in the rotation.

THERE IS ONLY ONE "WILD D20" CARD IN THE DECK

When it is played, it is immediately put back into the deck and the deck is reshuffled.

And there you have it.

The Number Cards are based on the traditional races/classes you can play in D&D, the Action Cards are some of the more iconic monsters you can face in D&D, and the Wild Cards are each a form of Chromatic Dragon, with Wild Draw 4s being Tiamat, the Wild "DECK OF MANY THINGS" cards being a Mimic Chest, and the "WILD D20" card being a simple black wild card with a multi-colored d20 depicted in the center.

FLYER IS BORED SO YA KNOW WHAT THAT MEANS :DDDDDDD

I THOUGHT this might be kinda fun, GIVE ME YOUR CHARACTER SO I CAN DRAW THEM IN RETURN OF DRAWING MY CHARACTER ARIBELLA :D

(I can also make them on hero forge if you want) 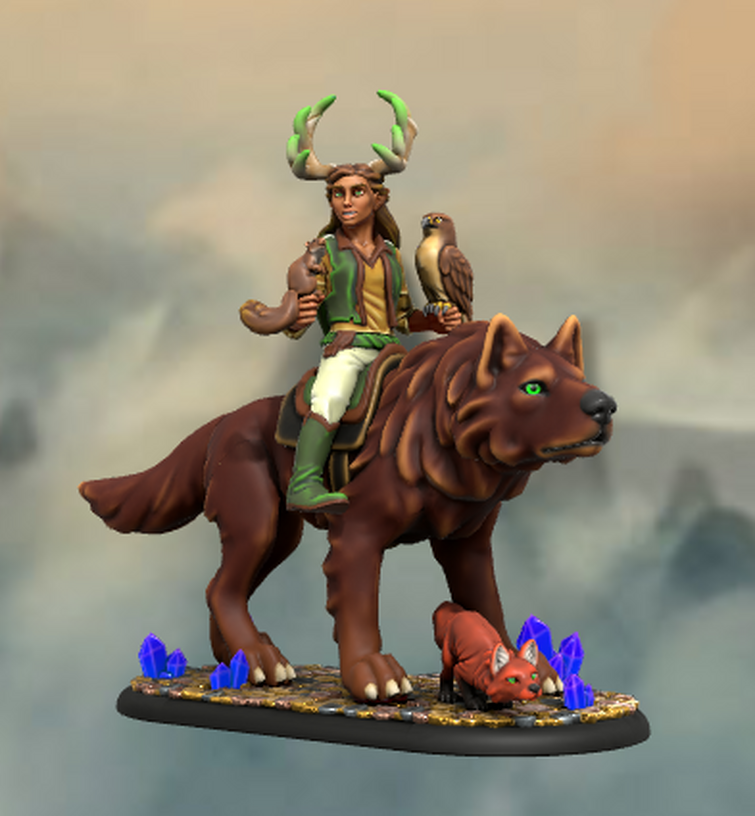 (I made this on Hero Forge)

I'm learning to draw kobolds for my character, Bibble the ghost kobold, but not sure how their anatomy is, can you please send me sketches and drawings so I can draw them better?

Hello! I am new to this community and I am a Dungeon-Master-to-be. I have questions about how to be a DM.

First of all, what if one of my players kills a character? I can't stand that! 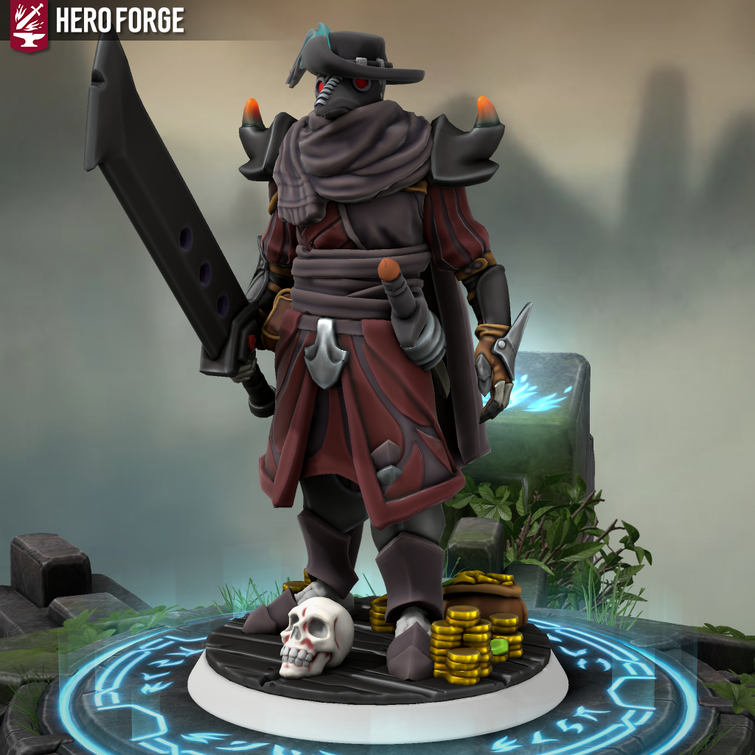 What do i name him, what is his backstory, and what are his personality traits and flaws???. plz help me

So I'm going for a steampunk warlock with is arcane focus being his clockwork eye, but he also he's insane how would that work into the campaign?

THEY GOT IT. So they got into limbo, and somehow on the encounters chart they encountered a chaos dragon one, they distracted it and someone how one of them rolled higher then its passive wisdom and STOLE THE EGGS plural and then one of them tried to escape using rule of mind and got thrown into the second layer and I told them ok you wanna rp this or we just call it a year till you get out. They chose year. I then went and looked at the layer and they had to role over a thousand dice for every hour they were there WHICH IS ALot

So they just rolled 10 instead now their insane, so uhhhhh SEND HELp. also they encountered a god, yeah it was fun.

So I am a new DM, I am also a new dnd player. My club is made up of about 7 people (5 girls, 2 NB's) I am not the only DM, our other DM is out main DM, she is awesome, and happy to let me do some DMing, (She begged to be the main DM, I was happy to oblige) I have something that I have an idea for to DM, I want to do a stranger things campaign, the only problem is I'm 1 of 2 in the club who has seen it, I am going to try to either write or find a campaign that is stranger things but doesn't spoil it (Just in case they want to watch it at some point. I'm one of the older kids. We range from 11-15 I am 13.) We are all fairly mature and not very squeamish. If anyone has any campaigns that could be used, please link them in the comments, and if anyone has some advice/instructions on how to write a campaign, please let me know.

There level 5, were level 3 but kinda did some mad lad stuff to get to level 5 but thats another story. There trying to seek out a npc to get to limbo to get one of these things as a pet. That npc was a filler npc for a panic side quest cause half the players didn't show up. NOW THERE TRYING TO GET INTO LIMBO WHAT DO I DO HELP

So the other day i came up with a curse and was wondering what everyone else might have rattling around.

The curse of Unrelenting Hiccups

This can be put on a rogue that stole from the wrong person or on an item that the party happens upon, or an npc as a way to introduce them. 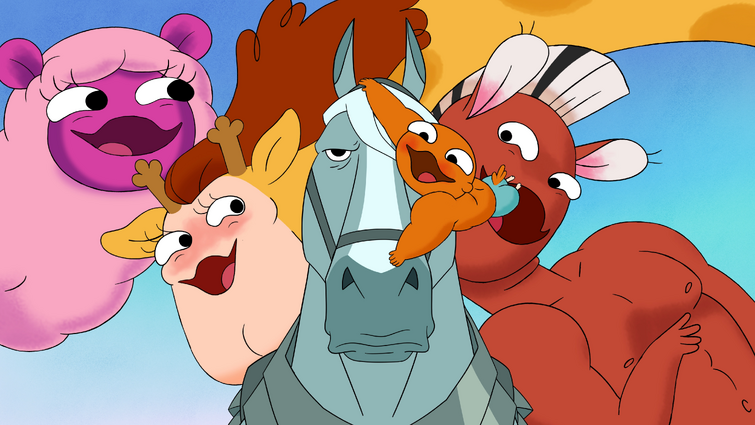 New Magic items. | FandomCame up with some more items for yall. Hope you…dungeons.fandom.com

Freckles and freglies is the version of dnd fregley approves

Figured i would select some of my magic items i have created that could be the start of a campaign (or end one).

So on friday my dragonborn cleric Alistair was Smote by Bahamut for praising a betrayer god for a blessing he received for lvl 12. i died. and was revived by true resurrection at the cost of 25k gold. so now we have to figure out a couple of things.

1 how to repay that much money in a campaign were gold is rarer that artifact level magic items. (selling isnt an option)

2 can Alistair still use all his spells? as a cleric there isnt really a Fallen option like with Pallys.